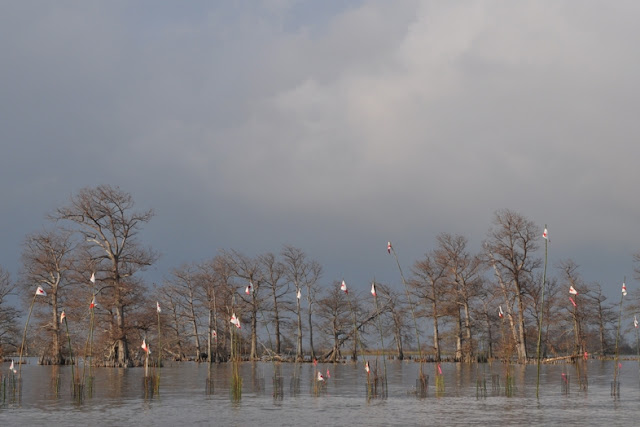 An installation aimed at helping local community members of Louisiana’s Gulf Coast restore the storm surge barriers can best be described as creating a technology to help make local efforts to restore wetlands more successful.
Bald Cypress are a keystone species in Coastal Louisiana, as well as the state tree. Their role in creating storm surge barriers is a vital one.  As a first line of defense, Bald Cypress stands allow bayou marshlands to survive. 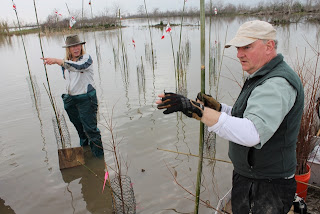 After three months the planted Cypress survived predation from Nutria, a highly invasive aquatic rodent that decimates unprotected seedlings by pulling them up and chewing their roots. The trees are growing and holding strong on a small island. 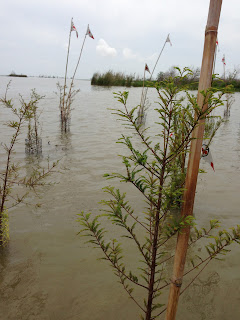 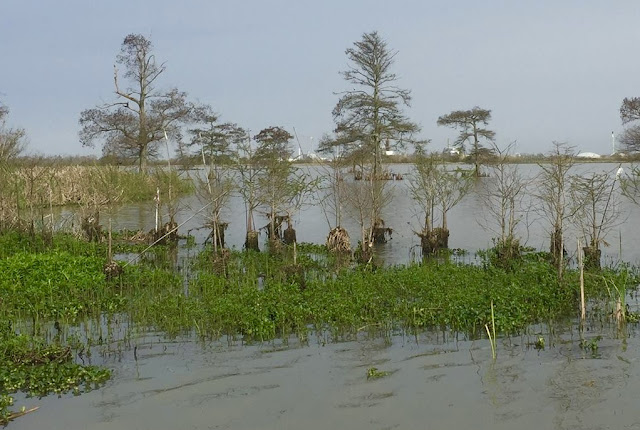 This project was made possible with support from The Puffin Foundation and Tulane University, Center for Bioengineering Research. 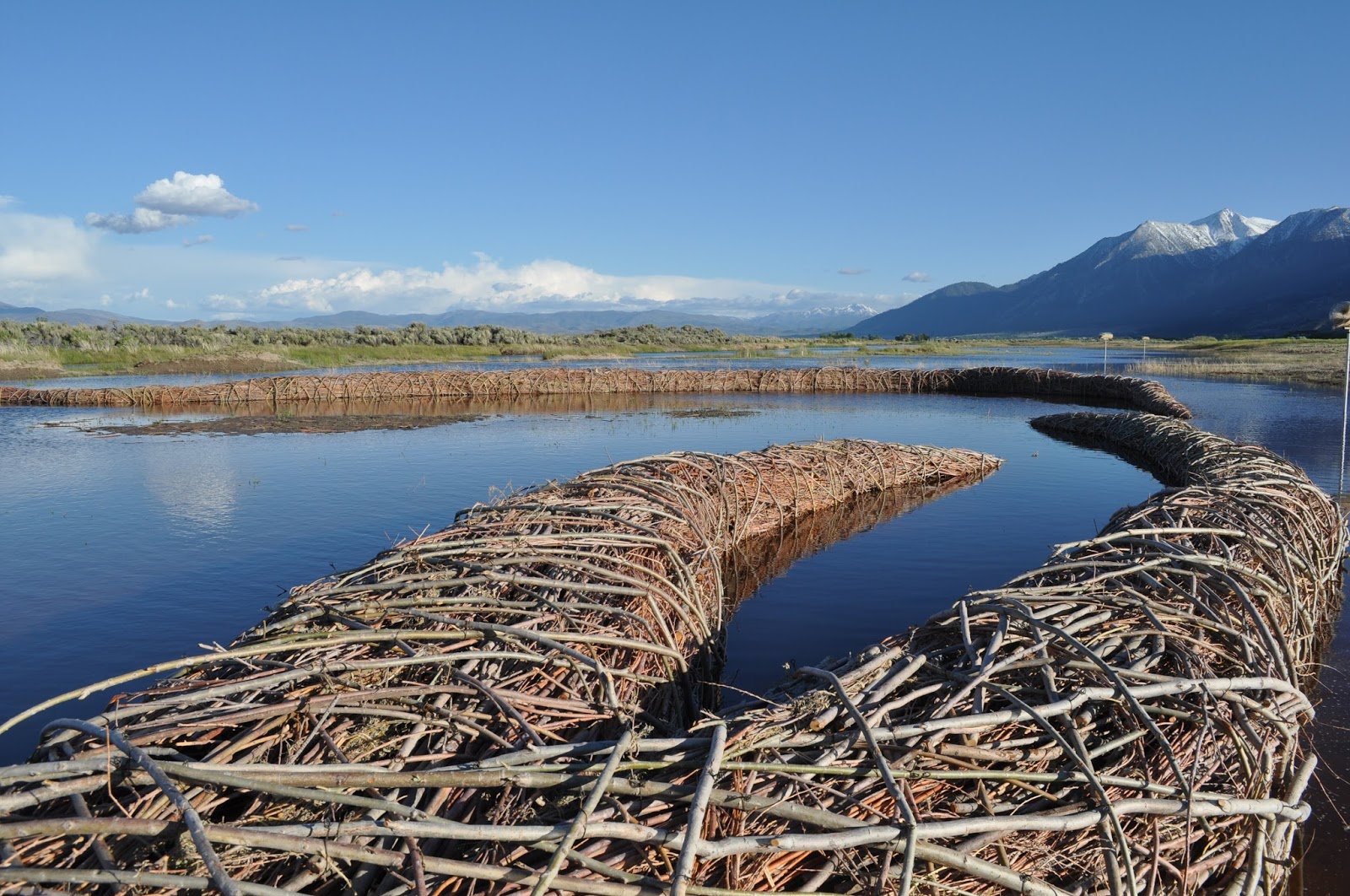 The Nature of Art project with The Nature Conservancy's River Fork Ranch Preserve in Nevada's Carson Valley.
http://nature.org/nevadaartThe work is situated in the newly restored flood plain of the East Brockliss Slough of the Carson river.  At 360' long and varied heights, with 750 lived-staked willows planted and woven into the sculpture, this work is designed to enhance the riparian habitat in a ranching corridor. 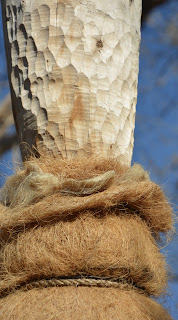 Updates:
Checking on the sculptures east of Reno, NV and cleaning the nests for the season. The snow level is good this year and the runoff in the Sierras should reach the growing willows along the Truckee River in May.